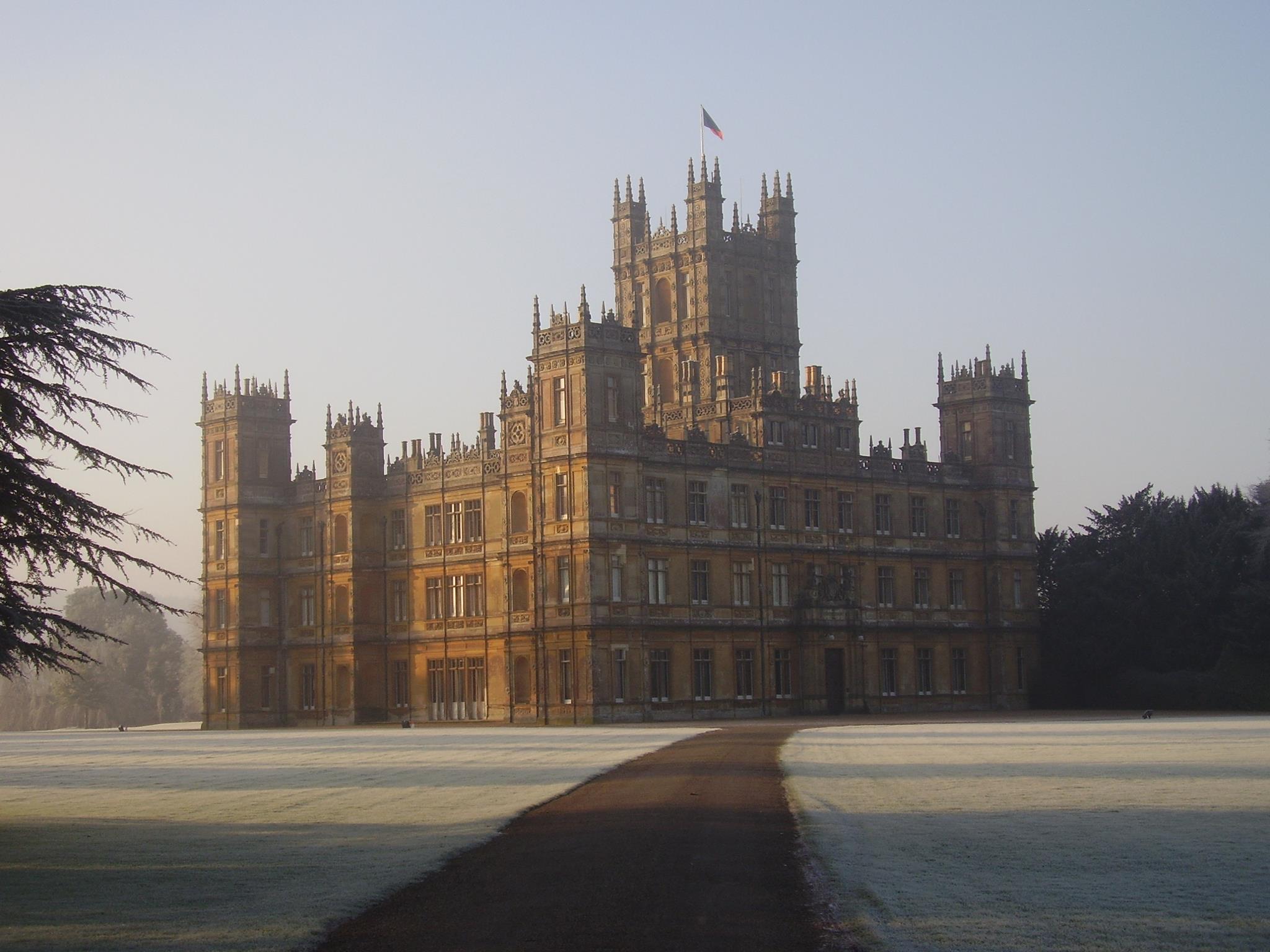 If the impressive and lavish building pictured above looks familiar to you, it would not be too surprising. In fact, you would probably have to be living under a rock to not think it is recognizable. These days, the most common answer is probably that the building is Downton Abbey. While that is true, it has also been used on both the big and small screens in a number of productions: from the exterior in King Ralph with John Goodman to the interior in Eyes Wide Shut. The building is actually known as Highclere Castle and located in Hampshire, England. Whether you’re a fan of Downton Abbey or just of historic architecture — or, like me, both — Highclere Castle is a definite Must See.

While Downton Abbey is set in Yorkshire, in Northern England, Highclere actually resides in Hampshire, a county along the southern coast of England. While the site was once the location of a medieval palace, since the late 1600s it has been the home of the Earls of Carnarvon. The 8th Earl of Carnarvon, George Herbert, is the current owner. Set on 5000 acres, the estate is full of history in the walls as well as in the people who have lived there.

In the 19th century, Henry John George Herbert, the 3rd Earl of Carnarvon, took on the task of remodeling and rebuilding the mansion with Sir Charles Barry as the architect. Sir Barry is best known for rebuilding the Houses of Parliament in London. Under his influence the exterior of Highclere was completely redone, showing off both English and Italian Renaissance influences. Under the 4th Earl of Carnarvon, Henry Howard Molyneux Herbert, architect Thomas Allom tackled a remodel of the interior, opting for a rich Gothic style.

The castle also has strong ties to Egypt, believe it or not. The 5th Earl of Carnarvon, George Edward Stanhope Molyneux Herbert, along with his colleague Howard Carter, discovered the tomb of King Tut. Even today the castle maintains its connection to Egypt with an Egyptian Exhibition on display.

Not unlike a certain story line on a certain television show (hint, hint), Highclere served as a hospital during World War I. Similarly, it served as a home for evacuee children from north London during the Second World War.

Fans of Downton Abbey have been flocking to visit Highclere Castle and its gardens. If you plan to visit, be sure to check ahead. Highclere Castle is only open for approximately 60 to 70 days each year. In addition, tickets to the castle can sell out quickly. They do host events throughout the year, including an afternoon tea that I can only dream about. With Downton Abbey finishing up (or having already finished up, depending on your geographic location), it is a timely addition to My Must See list and maybe yours.

Looking for more Must Sees? Check out previously featured locations!

One thought on “My Must See List: Highclere Castle”