Many visitors to Quebec City will take the roughly 20-minute journey north along the St. Lawrence River to see Montmorency Falls. The large Quebec waterfall is visible from the highway and is very popular. But for those willing to drive a little farther for an experience that is more intimate and off the beaten path, there is another option. Only a short distance farther, Canyon Sainte-Anne offers a chance to experience a pristine waterfall nestled amongst the trees.

The Quebec waterfall Canyon Sainte-Anne offers an impressive and immersive experience, too. Multiple suspension bridges cross over the waterway, allowing you to take in multiple views during a brisk hike in the fresh air. A visit to the waterfall is a refreshing outdoor adventure that lets you recharge.

END_OF_DOCUMENT_TOKEN_TO_BE_REPLACED 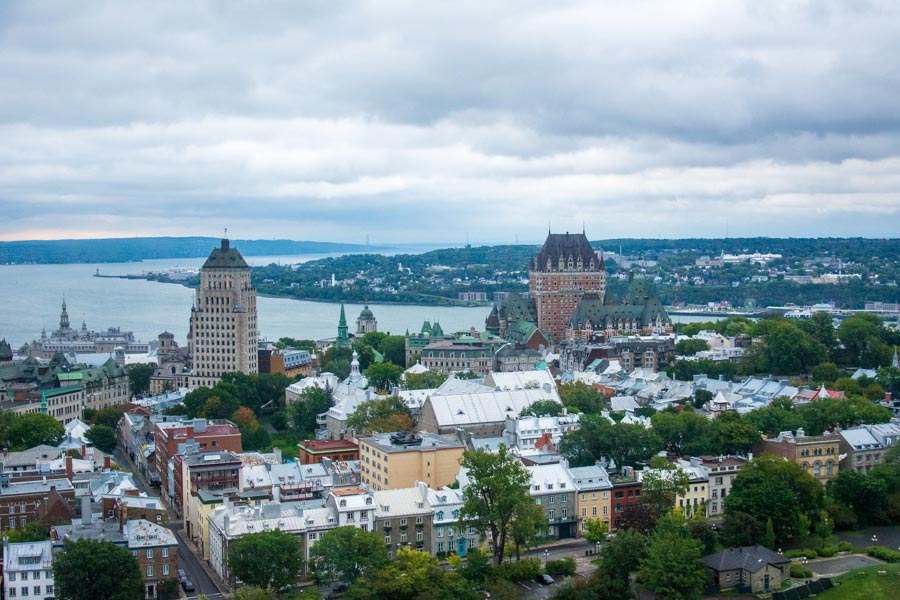 It’s easy to get lost in Quebec City. The often narrow cobblestone streets of Old Quebec meander: climbing hills and descending stairs. You’ll spend a weekend in Quebec City lost and you’ll love every second of it.

The French-speaking capital city of this Canadian province is often noted as being the most European in North America. Although it’s difficult to be completely convinced you’re in Europe, it’s still charming and quaint on its own.

A weekend in Quebec City is just the right amount of time to get familiar with the picturesque city and enjoy its je ne sais quoi.