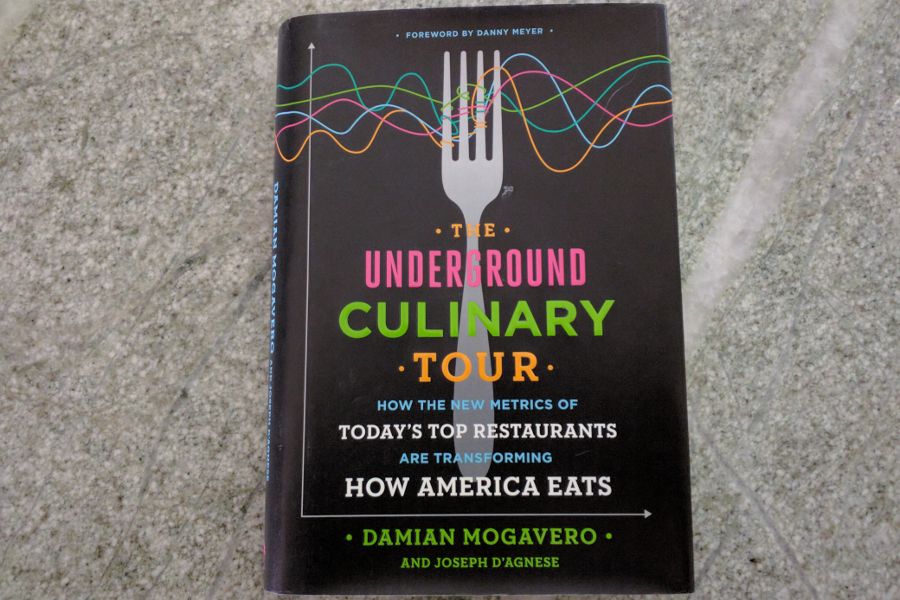 Sometimes you just don’t want to know how they make the sausage. Today’s restaurateurs aren’t being as driven by passion so much as by the bottom line? Choices and experiences are being carefully choreographed by intensive data analytics? Say it ain’t so! In The Underground Culinary Tour: How the New Metrics of Today’s Top Restaurants Are Transforming How America Eats entrepreneur Damian Mogavero and co-author Joseph D’Agnese pull back the curtain as to how data analytics are being used today. And you might not expect what they have to say.

END_OF_DOCUMENT_TOKEN_TO_BE_REPLACED 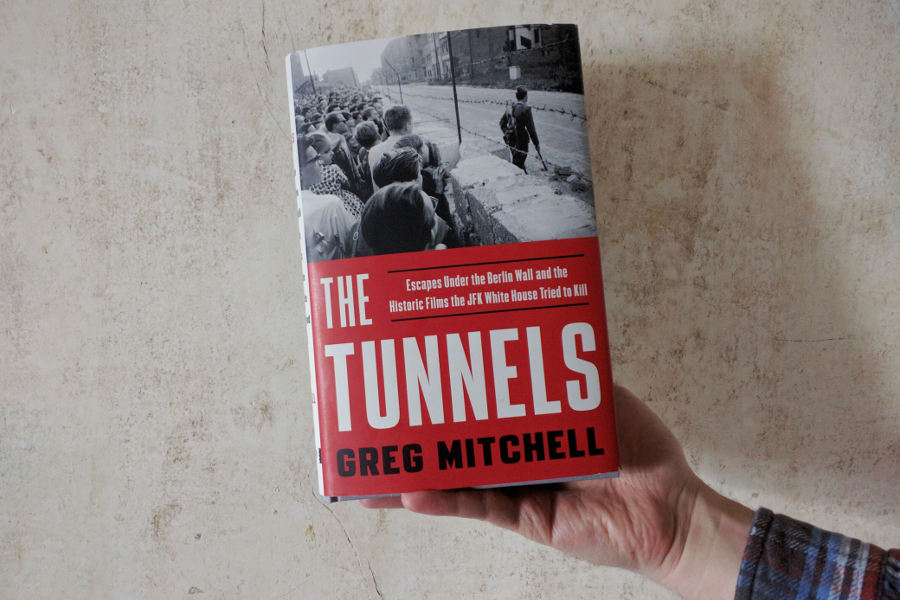 It is simply amazing the lengths that some people will go to to escape. To escape persecution, fascism, war — the list of reasons, sadly, seems to have no end. It is difficult to comprehend what one human will do to another. Author Greg Mitchell focuses on a very specific period of history that is well known for escape attempts: the Berlin Wall in his latest book, The Tunnels: Escapes Under the Berlin Wall and the Historic Films the JFK White House Tried to Kill.

END_OF_DOCUMENT_TOKEN_TO_BE_REPLACED

This year I made a concerted effort to read more. I wanted to read more. Period. If a book was in English or in German, it did not matter quite so much to me. And I found I put down several German language books that I was getting frustrated with. The struggle with a foreign language is real. But in an attempt to keep my motivation and not diminish my confidence, I was less reluctant to simply move on to another book.

This year I also had a chance to explore more cookbooks. There is a certain level of entertainment and unadulterated fun in paging through a new cookbook. I love exploring the new recipes and reading the notes from the author. I also enjoy eyeing the photographs, knowing that no matter how hard I try my results will never look so picture perfect.

END_OF_DOCUMENT_TOKEN_TO_BE_REPLACED 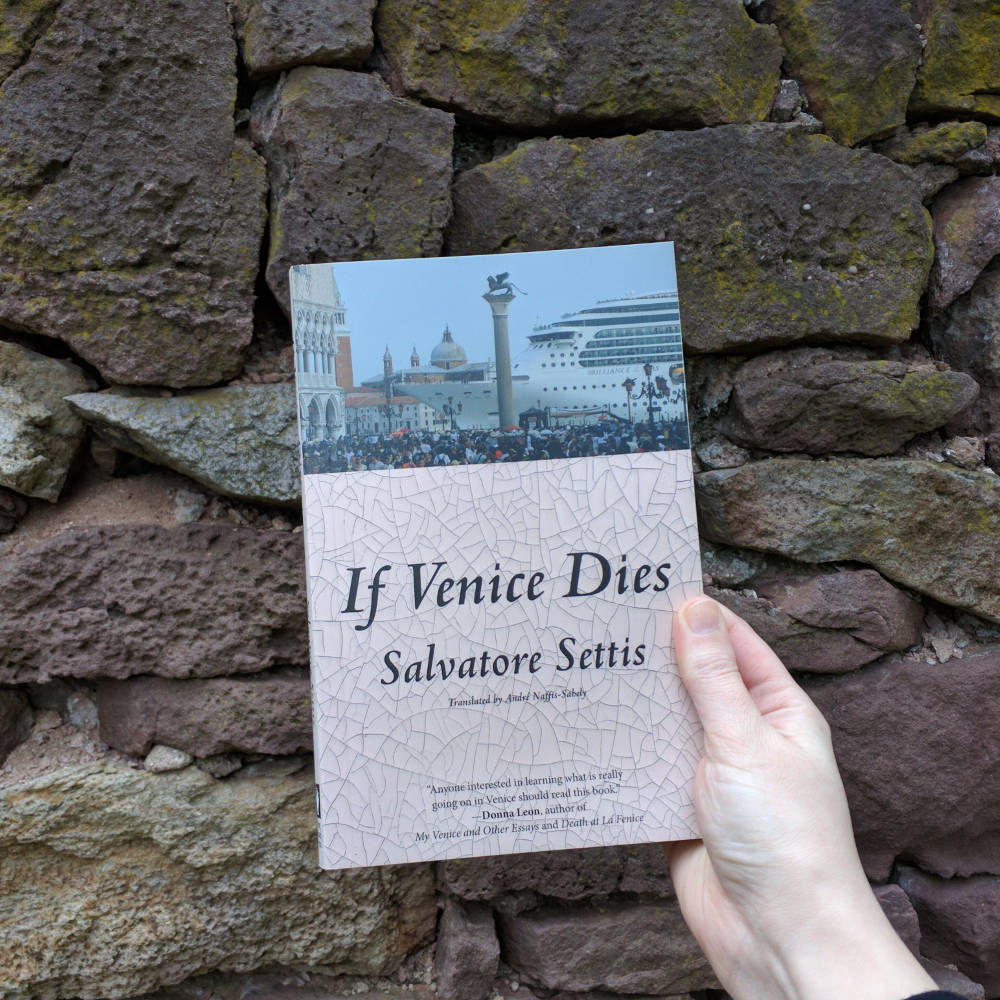 Last month the Philadelphia Museum of Art hosted a lecture by Salvatore Settis where he detailed the findings of his most recent book, If Venice Dies. In the book, the art historian argues that the current policies surrounding Venice are killing this important historic city and that action is needed.

Many of today’s most dreamed of tourist destinations are facing an important turning point. Machu Picchu now has a daily limit in the number of visitors who can access the 15th-century Peruvian site. Similarly, Mount Everest is requiring climbers to return with a certain quota of garbage as the mountain isn’t being looked after. The difference between those sites and the historic city of Venice, Italy is that the first two examples are relatively remote and not easily accessible. There’s some extra effort involved. Venice, however, is a group of more than 100 islands that are just off the eastern coast of the country in the Adriatic Sea. There are no significant barriers to protect it.

END_OF_DOCUMENT_TOKEN_TO_BE_REPLACED 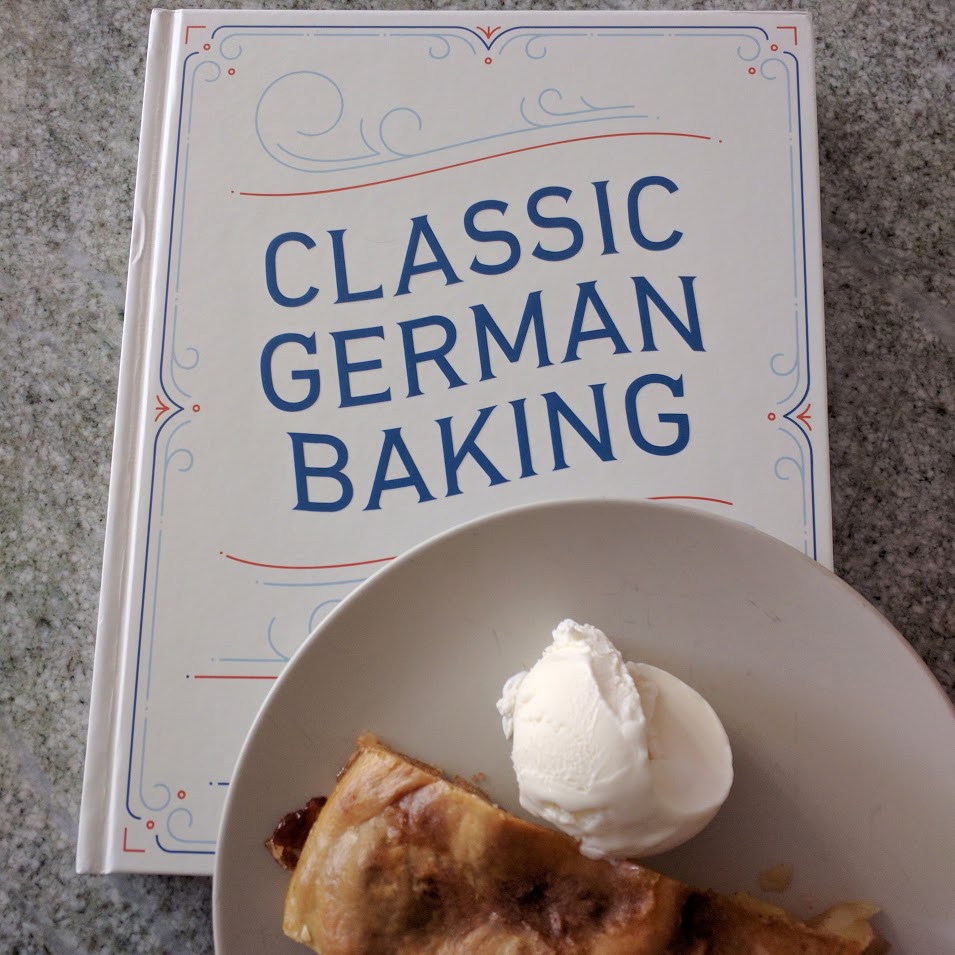 There is a bookshelf in my dining room that is home to cookbooks. I have bread cookbooks, pizza cookbooks, and more than a couple of German cookbooks. There is a German cookbook by a German celebrity chef. There’s a somewhat dated out of print German cookbook in English of traditional recipes. I’ve translated recipes from German language recipe sites and blogs. But the results are never to my satisfaction. Whatever I cook never seems to turn out quite like I hope. Then I got my hands on Classic German Baking by Luisa Weiss. Weiss is a noted baker, not a native German, and she lives in Germany. I had high hopes that she would understand my plight of trying to make a foreign recipes “work.”

END_OF_DOCUMENT_TOKEN_TO_BE_REPLACED

Seemingly every fifth article published on the internet is a vague account of how “easy” it is to live your dream and move abroad. You know: quit your job, cash in your retirement savings, sell all your belongings. Then move abroad to live in varying degrees of comfort depending upon the location and your skill set. But long before these hipsters started blogs to detail their travels abroad, there was Olivia de Havilland. The actress has won two Academy Awards with an impressive five nominations in all. You might remember her as the mild mannered, big-hearted Melanie Hamilton in Gone with the Wind. But in 1962 the actress published a book titled Every Frenchman Has One, detailing all about her adventures of living in Paris, France as an American.

END_OF_DOCUMENT_TOKEN_TO_BE_REPLACED 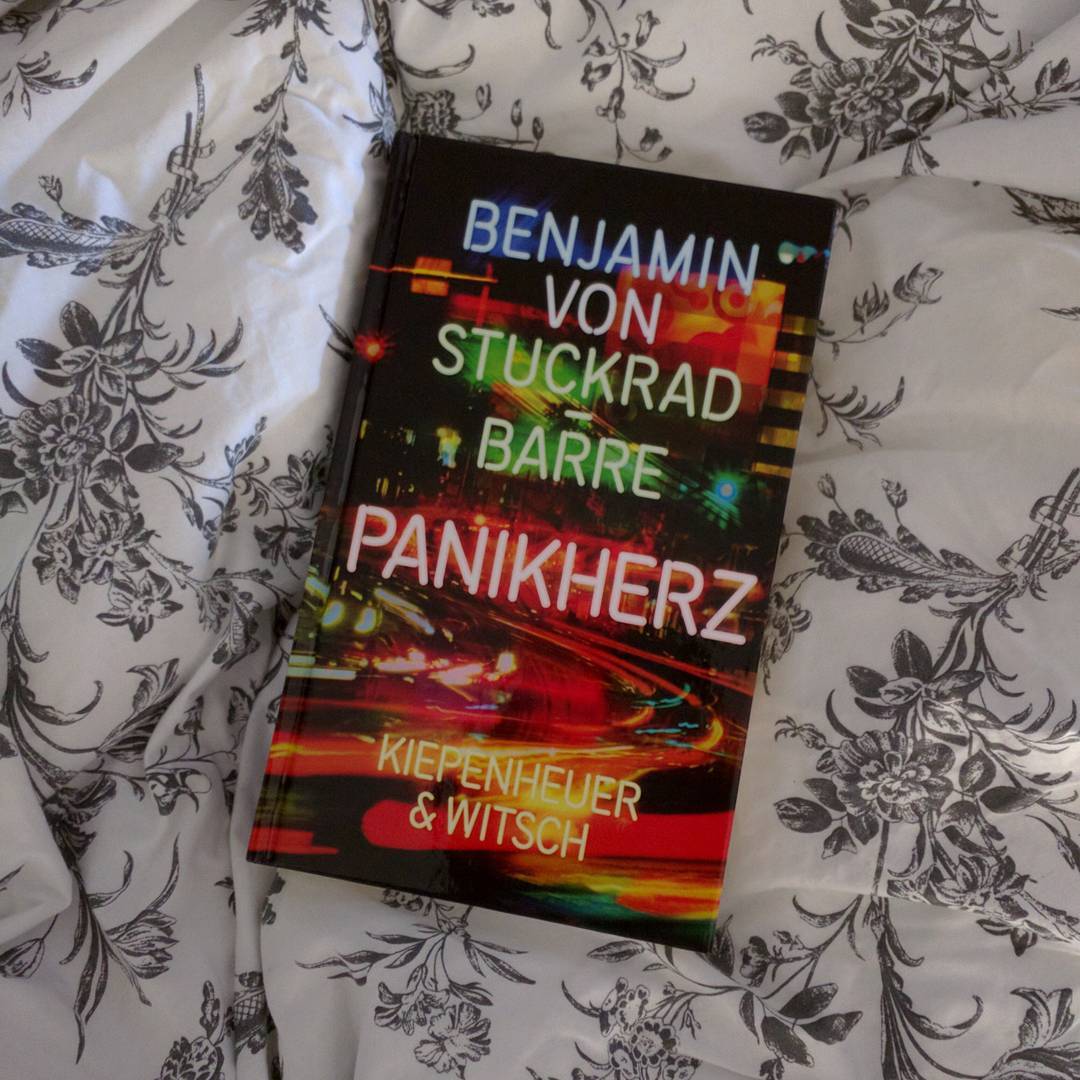 Earlier this year, it was announced that German journalist/author/television moderator Benjamin von Stuckrad-Barre was be publishing a new book. I instantly became excited. The author had seemingly disappeared from the public eye, at least from my point of view. After his RBB television series Stuckrads Homestory finished airing in 2014, things seemed to get quiet. And it had been nearly six years since he published his last book, Auch Deutsche unter den Opfern, a collection of previously published newspaper articles. It was that book that had originally brought Stuckrad to my attention when he was on Deutsche Welle promoting it. You could, of course, count co-writing the script to 2012’s Zettl with director Helmut Dietl. Regardless, Panikherz is a new book from my favorite German author. I quickly pre-ordered it from Amazon.de.

Titled Panikherz, Stuckrad’s latest publication is a memoir. The book is written from the present with flashbacks interspersed. During that time out of the public eye, he left Berlin. Instead he moves to a guesthouse at the famed Chateau Maurmont in Los Angeles. There he spent a year to reflect and regather himself. In Panikherz, he recounts his struggles with drugs, alcohol, an eating disorder and his own insecurities.

END_OF_DOCUMENT_TOKEN_TO_BE_REPLACED 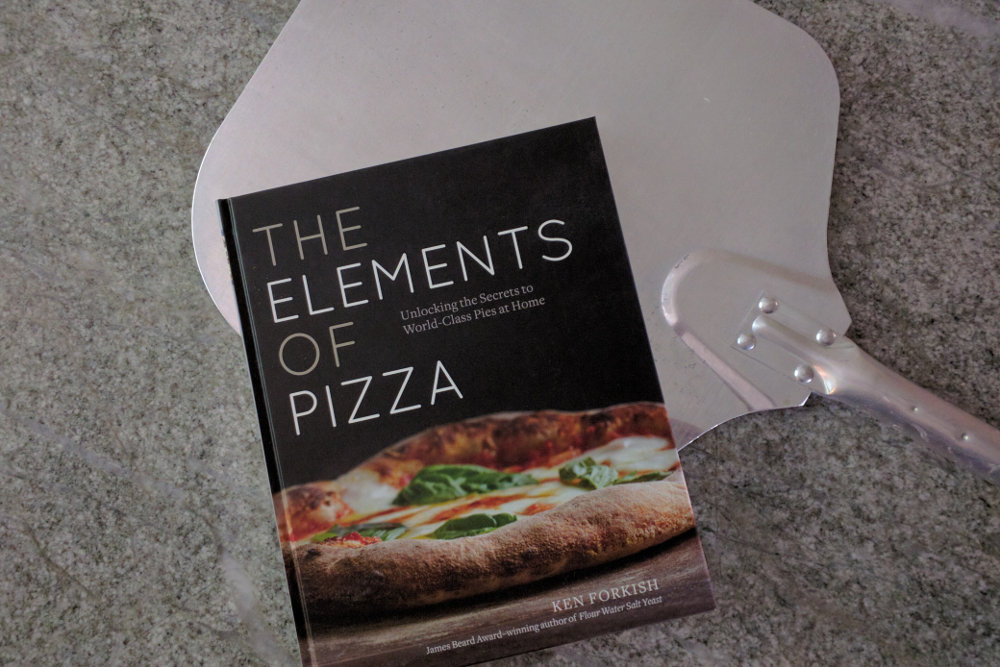 Round these parts, we take our pizza very seriously. And I know what I like when it comes to pizza: thin crust that isn’t soggy or a cracker, a tomato sauce that is slightly on the sweet side and just the right amount of cheese. Everyone’s got their local pizza shop where they get a pie every so often. But there is a certain sense of satisfaction to making your own pizza at home. And, it can taste better, too. James Beard Award-winning author and chef Ken Forkish has recently released The Elements of Pizza to help us home cooks up our pizza-making game.
END_OF_DOCUMENT_TOKEN_TO_BE_REPLACED

Sometimes you are ready to cook. You are psyched. But what to make? Sometimes trying to figure out what to make can be the hardest part. And once you figure out what you want to make, you have to see if you even have all of the ingredients. That is why I like ingredient specific cookbooks. So even if you do not take time to pre-plan and organize your cooking, you can simply whip something up based on what you have available. It is “easy” to put together dozens upon dozens of recipes but to assemble a finely tuned and carefully focused cookbook is more difficult. That is what intrigued and appealed to me about Valerie Aikman-Smith and Victoria Pearson’s Citrus: Sweet and Savory Sun-Kissed Recipes.
END_OF_DOCUMENT_TOKEN_TO_BE_REPLACED 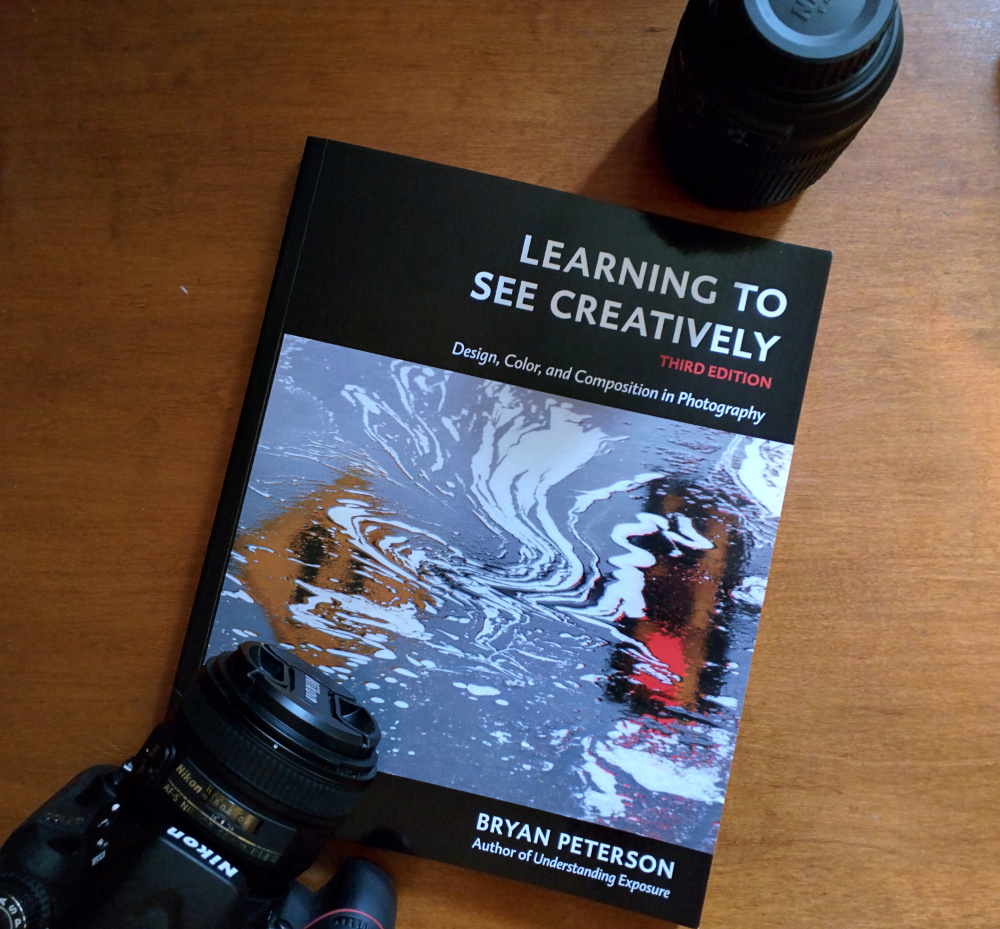 Sometimes finding inspiration is the hardest part of doing something creative. Take photography, for example. You have a camera, perhaps the fancy digital SLR with all the bells and whistles. But no high tech machine is going to make you compose and organize the parts of a good, high quality photo. That is still a very human task and one that is also a matter of personal taste. In the recently released third edition of Learning To See Creatively, Bryan Peterson strives to educate readers in composing good photos.
END_OF_DOCUMENT_TOKEN_TO_BE_REPLACED 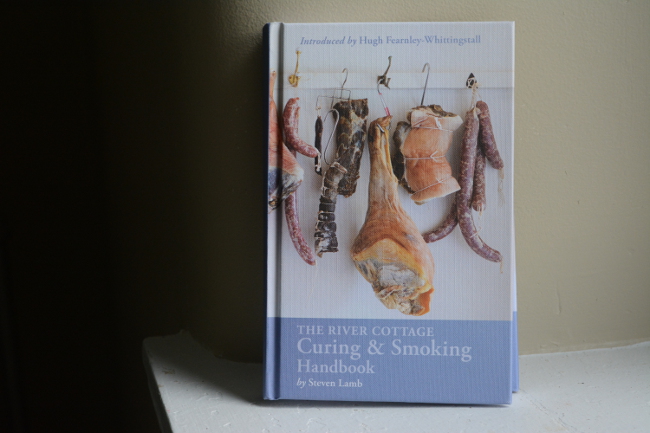 They say you shouldn’t judge a book by its cover but that’s exactly what I did with The River Cottage Curing and Smoking Handbook by Steven Lamb. When I first got a copy of the book in my hands my first thoughts were: textbook. The book is not only hardbound but a rugged, solid hard binding that is going to hold up over years and years of use. It goes without saying that if you are interested in curing and smoking, you will be utilizing this book for quite a long time to come.
END_OF_DOCUMENT_TOKEN_TO_BE_REPLACED 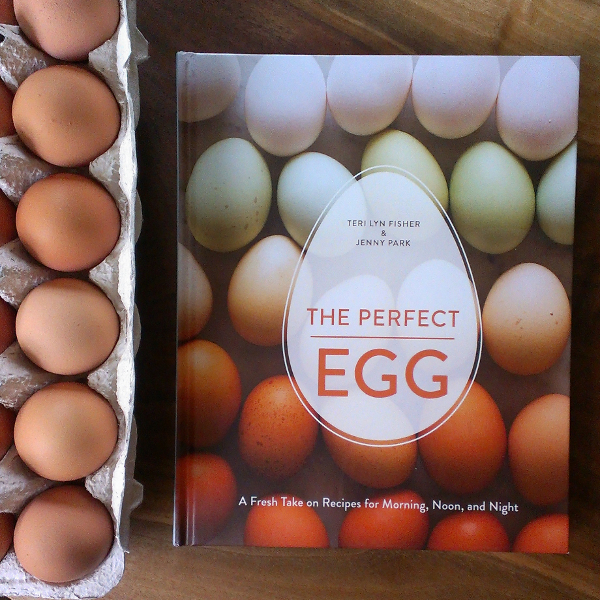 When I heard about the concept of Teri Lyn Fisher and Jenny Park‘s new cookbook The Perfect Egg I was extremely intrigued. The book is a “fresh take” on egg recipes for “morning, noon, and night,” to quote the book cover’s byline. As someone who frequently returns home from work, tired and with little or no dinner ideas, I saw incredible potential in such a cookbook. While there might not be much else in the refrigerator some nights, there always seems to be eggs. As it turns out, my hopes for the book and the actual contents of the book are a little different. However, that’s not necessarily a bad thing.
END_OF_DOCUMENT_TOKEN_TO_BE_REPLACED