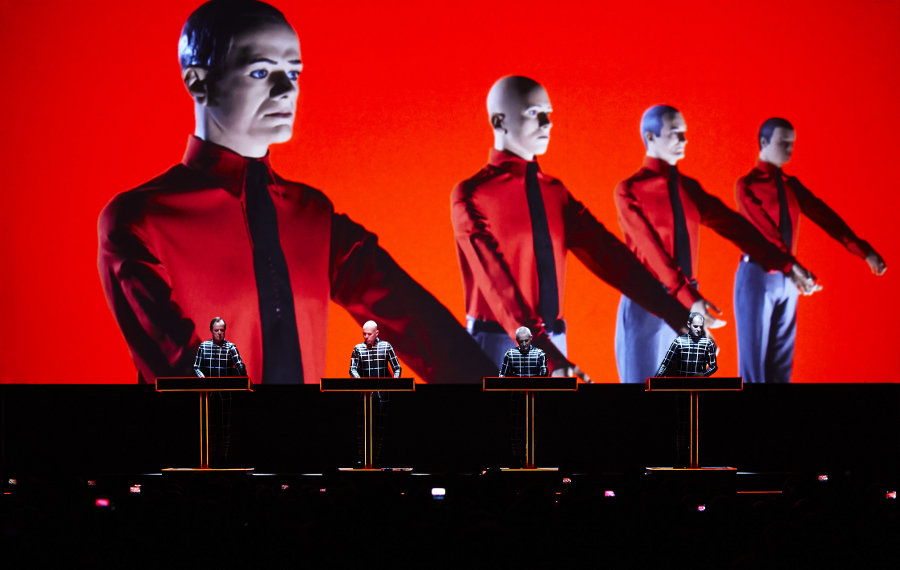 Using music to learn the German language can be a great tool but it is not always easy. Sometimes it can difficult enough to make out the lyrics of songs in your own language. Recognizing the lyrics of a German song? It can be a whole other challenge. But with legendary German electronic music band Kraftwerk the challenge is not so great. With clearly delivered lyrics, catchy rhythms and songs that aren’t too quick, Kraftwerk are actually a great way to learn and practice the German language.

Kraftwerk was formed in the early 1970s by Ralf Hütter and Florian Schneider in Düsseldorf, Germany. The band was labeled as being part of the Krautrock movement with their experimental electronic music. The early albums were instrumental with no lyrics.

By the mid-1970s the band found their sound and broke through the international music scene. 1974’s Autobahn climbed into the United States’ Billboard top 200 chart. The band continued to release albums that were well reviewed throughout the late ’70s.

Today the band are still making music and touring the world. Schneider left the band in 2008. Hütter is joined by Fritz Hilpert, Henning Schmitz, and Falk Grieffenhagen. Hilpert and Schmitz have been a part of Kraftwerk since the late ’80s and early ’90s; Grieffenhagen joined in 2013.

The band aren’t strictly German language though. They have worked in multiple languages including Spanish, French and English. The majority of their albums have been released in multiple versions: one for the domestic German speaking world and another for the rest of the world in English.

The band has a style that can be described as robotic and repetitive. They take this image to the limit. On-stage they are known for their mannequin-like behavior while album covers and press photos feature band members made up like mannequins. This robot rock is a combination that is ideal for German language learners. If you are not already familiar with this important German band, now is the time to get to know them!