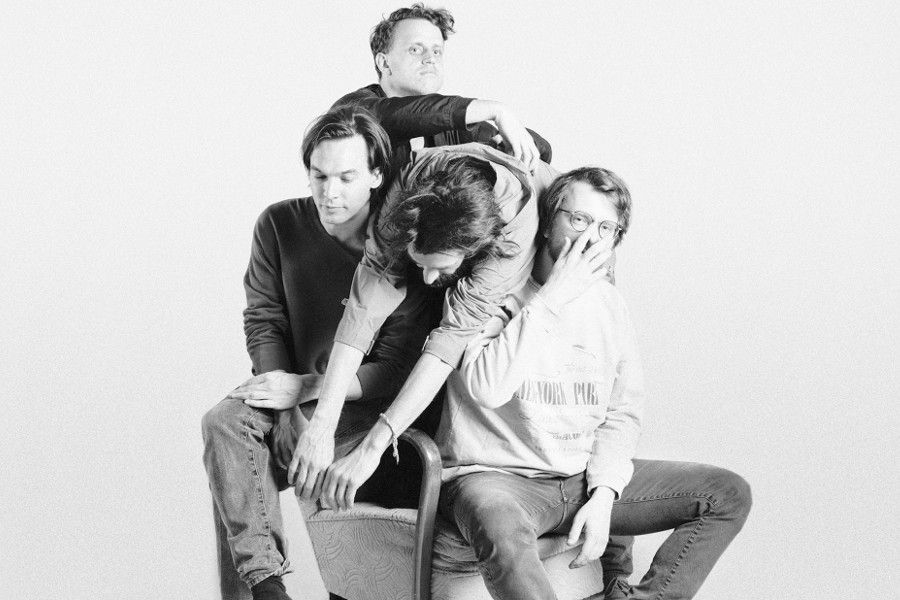 Get to Know Die Höchste Eisenbahn

Die Höchste Eisenbahn is a quartet that formed in 2011. The group grew out of a performance in Dresden by Francesco Wilking and Moritz Krämer. Wilking is perhaps best known for his role as singer for the band Tele while Krämer is a Swiss-born musician and filmmaker. The pair later added bass and keyboardist Felix Weigt and drummer Max Schröder.

To date, Die Höchste Eisenbahn have released an EP and two full-length albums. Their debut release was the 2012 EP Unzufrieden. The EP led to the release the following year of their debut full-length, Schau in den Lauf, Hase. The band’s most recent release, 2016’s Wer bringt mich jetzt zu den anderen.

Die Höchste Eisenbahn are unavoidably likable. Schau in den Lauf, Hase has toe-tapping upbeat rhythms that shamelessly flaunt a tribute to and influence of the 1980s without betraying the indie pop sensibilities at the heart of the band. The album is engaging, reaching out a hand to the listener and welcoming them.

Whereas the sound for Wer bringt mich jetzt zu den anderen is rooted in a blending of 1970s soft rock and 1990s indie rock and pop. One moment they seem to remind of Simon & Garfunkel before summoning the spirit of Lennon & McCartney, then morphing into a magical interpretation of Fleetwood Mac with the twinkle of the Allman Brothers only to then remind of fellow German poppers Tocotronic. The band will slowly pull you in with their gentle melodies before you even have the chance to realize it.