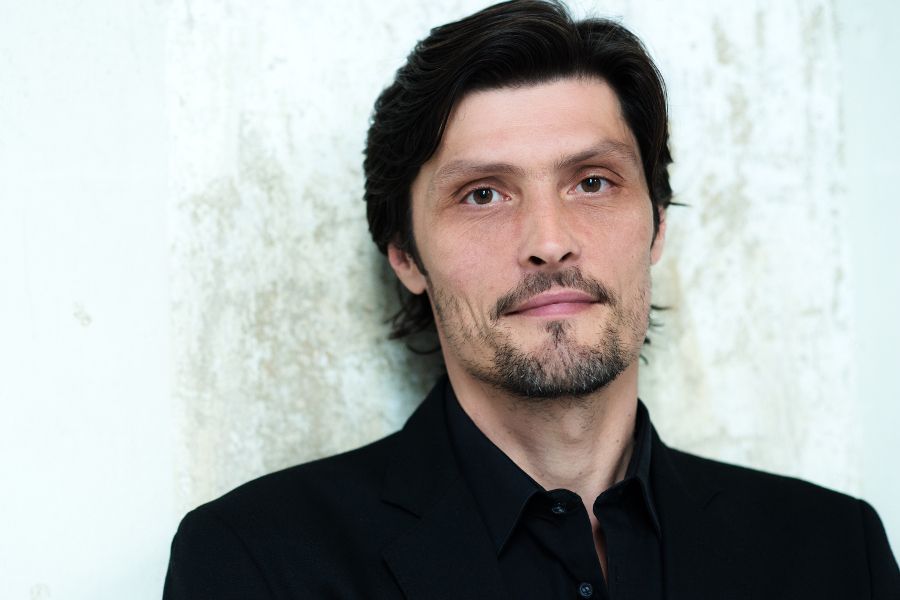 What helps to set Stipe Erceg apart in the German film industry is his background. Stipe Erceg was born on October 30, 1974, in what was then Yugoslavia and today is Croatia. As a young four-year-old child, his parents moved the family to the German city of Tübingen. It is there that he grew up and attended school.

In the late 1990s, Erceg studied acting at the Europäisches Theaterinstitut Berlin as well as in Italy.

His work in acting began in 1998 as part of a theater production in Berlin. A few years later, a role in a short film followed. But his big break came with 2004’s Die fetten Jahre sind vorbei.

Today, Erceg, his wife, and their family reside in the German capital.

In The Edukators, Jan (Daniel Brühl) and his friend Peter (Erceg) are anti-capitalist activists who break into wealthy homes. They aren’t there to steal anything but to help shake up the lives of the rich and indulgent.

Peter’s girlfriend, Jule (Julia Jentsch), convinces them to break into the home of a wealthy businessman whose car she crashed into and now is in debt to in order to pay restitution. The plan goes bad though when the businessman comes home during the break-in. With no other option, the trio abducts the man and head into the mountains to lay low and figure out what to do.

The film explores the culture of capitalism in everyday life while Jan and Jule get closer.

In the late 1960s and 1970s, a leftist militant group called the Red Army Faction terrorized Germany. It was only in the late 1990s that the group finally ended. A book, by journalist Stefan Aust documenting the group’s history and exploits, serves as the basis for the film by director Uli Edel.

While not completely historically accurate (it is a film, after all), it’s still a fascinating look at an important time in Germany’s post-WWII history when revolution was a hot topic.

The 2011 horror film Hell is the directorial debut from Tim Fehlbaum. Set in 2016 in a post-apocalyptic Germany, the earth’s atmosphere has been destroyed and temperatures have increased significantly. So significantly that travel during the daytime, under the hot sun, is dangerous. Marie (portrayed by Hannah Herzsprung), her sister Leonie (Lisa Vicari), and Marie’s boyfriend (Lars Eidinger) are traveling across Germany.

Erceg stars as Tom, a mechanic, who joins up with them. But the story takes a turn when a family with a slaughterhouse takes the group hostage.