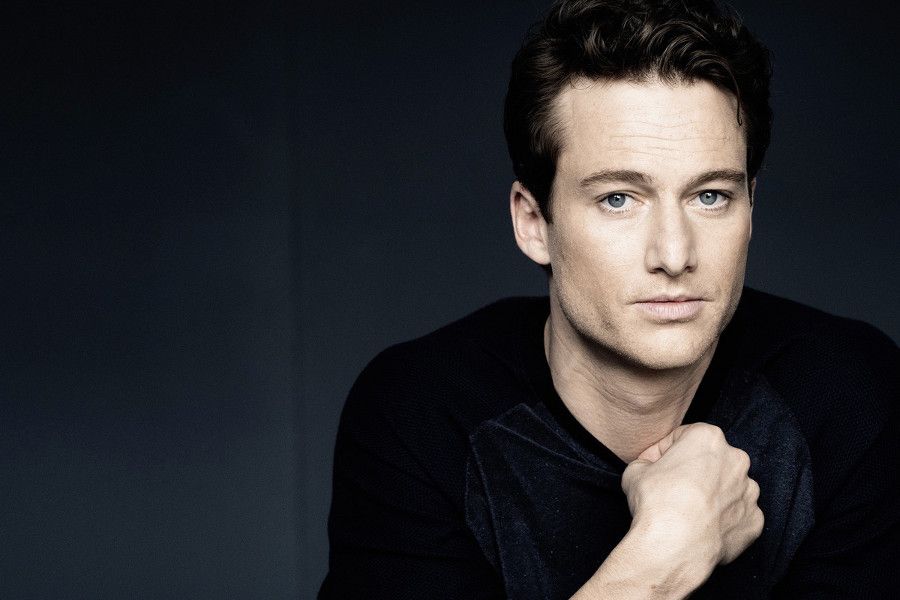 If actor Alexander Fehling’s face looks familiar, it isn’t all too surprising. The young German actor has appeared in several notable English language productions. He portrayed Master Sgt. Wilhelm in Quentin Tarantino’s Inglourious Basterds and Jonas Hollander in season five on the television show Homeland. But Fehling also has an award-winning career with his German language roles in film, television and on the stage. So this month, let’s practice German with the films of actor Alexander Fehling!

Alexander Fehling was born in 1981 in the Lichtenberg district of what was then still East Berlin. He studied acting at the Ernst Busch Academy of Dramatic Arts in Berlin from 2003-2007. During that time period he took to the stage in a number of productions. Fehling was recognized for his work on the stage with an award in 2005, the O.E. Hasse-Preis.

Am Ende kommen Touristen (And Along Come Tourists)

Fehling made his big screen debut in 2006’s Am Ende kommen Touristen (or And Along Come Tourists). In the film, Fehling portrays Sven, a young man doing his (then mandatory) civil service. As part of his service, he works at Auschwitz concentration camp. There, he befriends an elderly man who survived Auschwitz.

The film is directed by Robert Thalheim. Fehling’s work in the film won him best actor at the Young German Cinema Awards.

2009’s Goethe! stars Fehling as the legendary German poet Goethe before he was a legendary poet. The film, directed by Philipp Stölzl is a mix of fictional and factual. After failing his law exams, Goethe’s father sends him to a small town to do legal work. But instead of buckling down and getting serious about his future, Goethe falls in love with a young woman (portrayed by actress Miriam Stein). Unfortunately, she’s engaged to another man portrayed by Moritz Bleibtreu.

Based on true events and directed by Giulio Ricciarelli, 2014’s Im Labyrinth des Schweigens (known as Labyrinth of Lies in English) focuses on a young public prosecutor who decides to investigate a report that a former guard at Auschwitz concentration camp is serving as a teacher in Frankfurt. The film takes place in 1958 and Fehling portrays the lawyer, Johann Radmann. As Germany works to address its past, Radmann’s investigation takes some unexpected turns.

The film was Germany’s nomination for Best Foreign Language Film at the Academy Awards although the film ultimately did not get receive a nomination on the final shortlist.