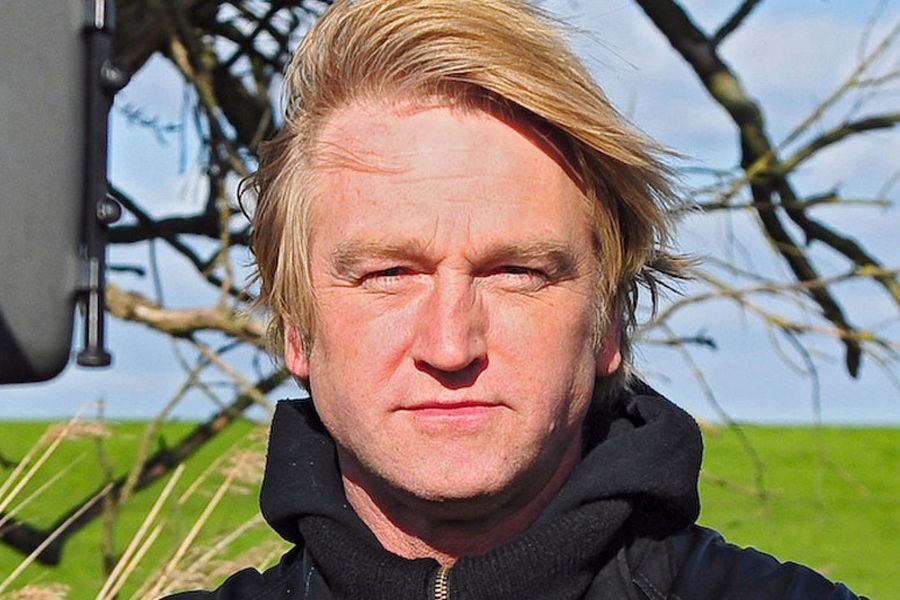 For more than the last three decades, Detlev Buck has been acting, starring, and directing films that have won over moviegoers. Since almost the beginning of his career, Buck has not limited himself to a single form of expressing his creativity. He’s directed big name German movie stars like Til Schweiger, Moritz Bleibtreu, Matthias Schweighöfer, and Alexandra Lara.

He’s starred in his own films as well as those directed by others, including Michael Haneke‘s The White Ribbon. Buck’s even directed music videos for the likes of Die Ärzte. With such a well-rounded career and decades of experience, Detlev Buck is a great filmmaker for German language learners. So this month, let’s learn German with the films of Detlev Buck!

Detlev Buck was born on December 1, 1962, in Bad Segeberg in the northern part of Germany. He grew up, not far away, in Nienwohld, where his parents had a farm. He completed his Abitur, or German exams for qualifying for a place at a university, and his civil service requirement, before pursuing an apprenticeship in farming.

During his apprenticeship, a 21-year old Buck directed his first film — a short. It was clear that’s where his heart lies. So from 1985 to 1989, he studied at the German Film and Television Academy (Deutsche Film- und Fernsehakademie) in Berlin. It was during this time that Buck also co-founded his own film production company. Since then, his career has soared.

1991’s Karniggels is one of Buck’s first full-length films as director. He co-wrote the script with Wolfgang Sieg and co-directed the film with Hans Erich Viet.

The comedy film focuses on Horster Köpper, aka Köppe, a young policeman fresh from the academy. Koeppe, as a trainee, has been assigned to a police station in the country. The town is small so there isn’t much excitement, aside for some cow murders that are unsolved. Meanwhile, he’s trying to win the affections of Annarina, a young woman from a well-off family.

Buck directs, co-writes, and stars in the 1996 comedy Männerpension, or Jailbirds in English.

In the film, a prison warden decides to give prisoners a temporary break in their sentence if they can find a responsible woman to care for them. Two such prisoners, Steinbock (portrayed by Til Schweiger) and Hammer-Gerd (Buck), decide to take the warden up on his offer, even if they find answering to a woman to be challenging. But the tables turn when Steinbock falls in love with his custodian and Hammer-Gerd becomes the manager of his custodian, a singer. But the break from prison is only temporary.

When Miriam (Elvers) and her boyfriend break up, she and her teenage son Michael (Kross) move from Berlin’s ritzy Zehlendorf neighborhood to the lesser Neukölln. The transition is challenging for Michael who begins to experience bullying at school. Paying the bullies off seems at first to help but the relief does not last long. Michael needs to find a better solution.