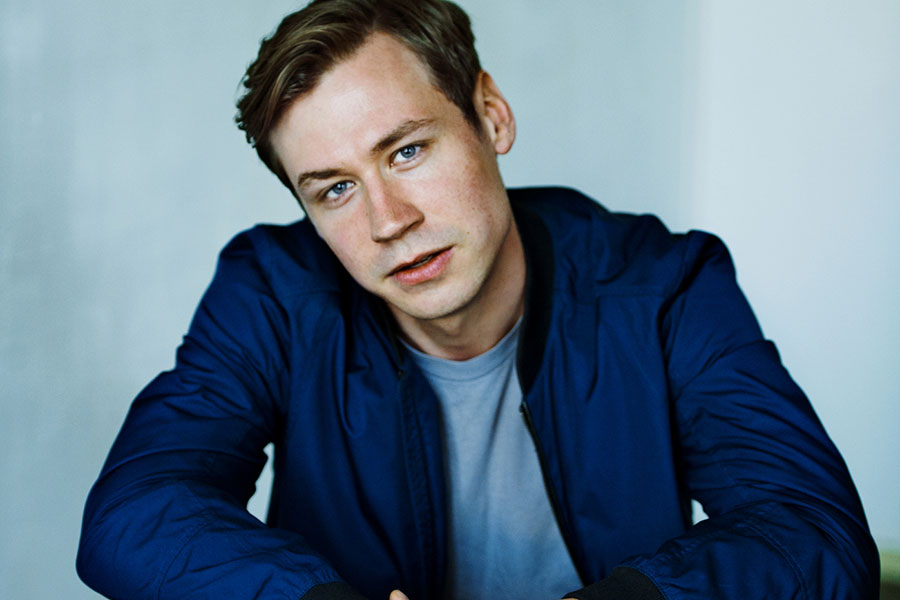 International filmgoers largely got to know David Kross for the first time with his starring role as an impressionable youth in a post World War II Germany in the 2008 English language adaptation of author Bernhard Schlink’s novel The Reader (or Der Vorleser in German). Since then the young actor has performed the impressive task of balancing roles in both English and German language films. Hollywood audiences may know him from Steven Spielberg‘s War Horse or Race, the 2016 Jesse Owens biopic. But Kross has a strong German language resume, too. So this month, let’s learn German with the films of actor David Kross!

Get to Know David Kross

David Kross was born on July 4, 1990, in the northern German region of Henstedt-Ulzburg in Schleswig-Holstein. It’s an area that is not far from Hamburg. Kross has two brothers and a sister. As a child, he grew up nearby in Todendorf. In addition to being involved in a theater group as a child, Kross also pursued basketball in the mid-2000s as an extracurricular activity.

Kross had a few film and television roles in the early 2000s. But his breakthrough came in 2005 when Detlev Buck’s daughter, Bernadette, recommended Kross. The following year Kross starred in Buck’s film Knallhart. And the rest, as they say, is history.

When Miriam (Elvers) and her boyfriend break up, she and her teenage son Michael (Kross) move from Berlin’s ritzy Zehlendorf neighborhood to the lesser Neukölln. The transition is challenging for Michael who begins to experience bullying at school. Paying the bullies off seems at first to help but the relief does not last long. Michael needs to find a better solution.

In director Özgür Yıldırım’s 2015 film Boy 7, Kross stars as the title character, aka Sam. Based on the novel of the same name by Dutch author Mirjam Mous, the film is a sci-fi mystery that follows a teenage boy who loses his memory. The boy wakes up in a subway tunnel not knowing who he is or how he got there. Soon after he’s pursued by the police. But why?

The cast of the film also includes Liv Lisa Fries.

Known as My Brother Simple in English, 2017’s Simpel stars Kross and Frederick Lau as brothers Barnabas (aka Simpel) and Ben. The brothers are extremely close. This is especially important for Barnabas, as he is intellectually disabled. When their mother is unexpectedly killed, the two are separated as Barnabas is placed into a special care home. Not wanting to let his brother down, Ben comes up with a plan. The two run away in search of their father.

Photo by Jeanne Degraa, courtesy of Above the Line. This post contains affiliate links.