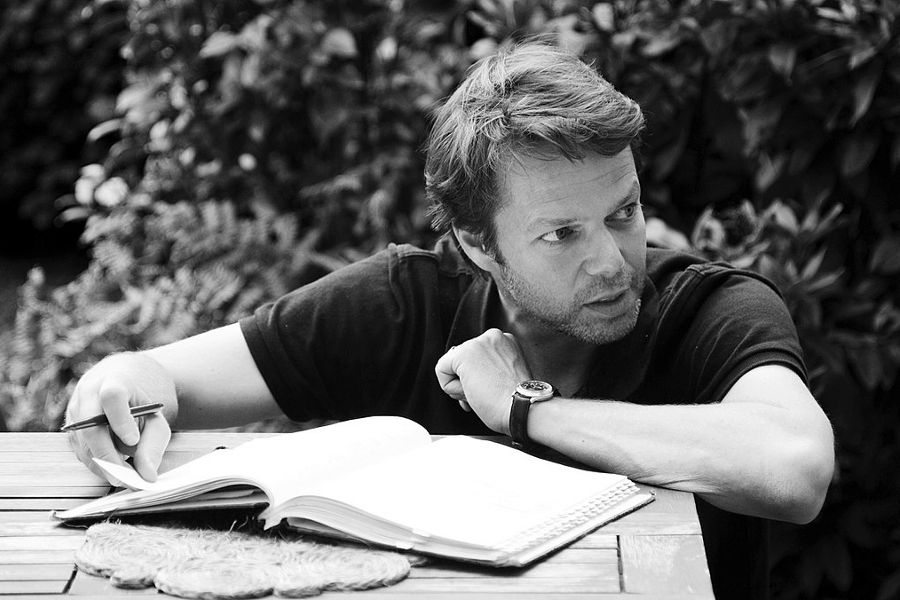 Hans-Christian Schmid is not only an award-winning director but also a screenwriter and a film producer. His films range from coming-of-age tales to dramas focusing on finding justice for war crimes. If nothing else, they’re fascinating observations, sometimes dealing with real individuals and situations. So this month, let’s learn German with the films of Hans-Christian Schmid!

Hans-Christian Schmid was born on August 19, 1965, in Altötting, a Bavarian town that is one of Europe’s most important and popular pilgrimage sites. The town sits east of Munich and is not far from the Austrian border. Schmid grew up in the town and there he completed his Abitur, or university qualification. He then attended the University of Television and Film Munich, which includes Wim Wenders and Dominik Graf among its alumni.

During his time at the University of Television and Film Munich, Schmid made his first films. Among these initial works are documentaries and short films. By 1994, Schmid was at the helm as both writer and director of Himmel und Hölle. The television movie deals with a mother and daughter who get involved with a religious sect that drives them to do things that they might not ordinarily do. From there, Schmid’s career in film took off.

While I’m going to highlight only three of Schmid’s films — 23, Requiem, and Das Verschwinden — his filmography is much longer. Other works on his filmography include 2000’s Crazy, a film adaptation of Benjamin Lebert’s book of the same name starring Robert Stadlober, as well as a 1995 romantic comedy starring Franka Potente (Nach Fünf im Urwald).

1998’s 23, or 23 – Nichts ist so wie es scheint (“23 – Nothing is what it seems”), is based on the true story of Karl Koch. The film stars August Diehl as Koch, a teenage hacker in the late 1980s who is fascinated by conspiracy theories. But Koch soon gets himself in deep. He gets involved with drugs, the KGB, and espionage.

Perhaps as a reflection of Schmid’s earlier works, 2006’s Requiem adopts a documentary style despite being a drama and a horror film. The film tells the story of a young German woman, Michaela Klinger, who suffers from epilepsy. However, after struggling, Klinger turns to her church. The group convinces her that she is possessed.

The film is an adaptation of actual events. Actress Sandra Hüller portrays Klinger, who is based on Anneliese Michel.

2017’s Das Verschwinden (or The Disappearance in English) is a little different than the prior two works. Instead of a film, it is a crime series in four parts for television.

In the miniseries, Janine (Elisa Schlott) disappears in a small town near the Czech border. Although all signs point to the young woman’s desire to leave, her mother Michelle (Julia Jentsch) believes otherwise. When the police dismiss her mother’s concerns, she decides to pursue the search herself. But the more she investigates, the more she is surprised by what she discovers.