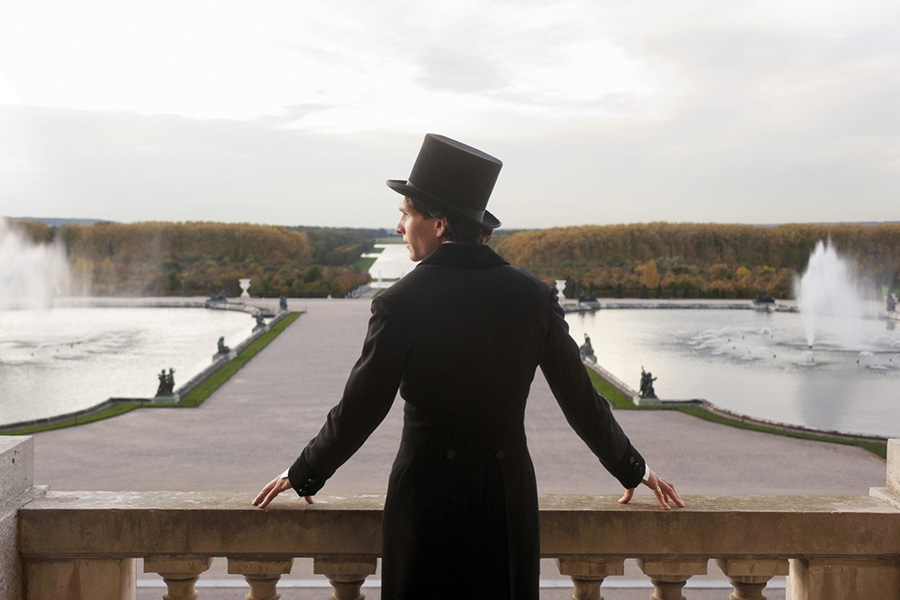 If you’re especially interested in movies filmed in Munich, the next section is for you. Experience this beautiful city from many different points of view and genres.

As a big fan of filmmaker Rainer Werner Fassbinder, it is challenging to pick a single film of his to highlight. The Bavarian-born filmmaker made many movies filmed in Munich. But perhaps his first international hit, Ali: Fear Eats the Soul, is as good a place to start as any.

In the 1974 film, Ali is a Moroccan immigrant worker who comes to Munich and develops an unlikely romance with an older German woman. The film captures an important moment of German history as it transitioned from the post-World War II era.

Although their films are quite different, there are a lot of similarities between Helmut Dietl and Fassbinder. Both Bavarian-born, many of their projects took place in Munich. For Dietl, his works were practically a love letter to the city. Although he was not afraid to poke some fun at certain aspects of society!

While there are certainly some notable made for television productions on Dietl’s filmography, there are films, too. Regardless, they are slick, clever, and witty. And the movies and TV shows are filmed in Munich!

In 1997’s Rossini, a best-selling novel is about to be made into a movie. It is a wild cast of characters from a somewhat reclusive author, a power-hungry producer (portrayed by Heiner Lauterbach), and a passionate director. The action revolves around Rossini, a hot see and be seen restaurant.

Coincidentally, Romagna Antica — the Munich restaurant that acts as the stand-in for Rossini — was a popular spot in the 1970s for film types, including Fassbinder.

Zeki Müller (portrayed by Munich’s own Elyas M’Barek) is freshly out of prison. At the top of his to-do list, he is eager to recover the money that put him in prison to begin with. Unfortunately, the money was buried and is now located beneath a school. So, obviously, Zeki gets a job at the school.

The screwball comedy takes place at the Goethe-Gesamtschule which is known in real life as the Lise-Meitner-Gymnasium in Munich’s Unterhaching.

Buy Suck Me Shakespeer on Amazon.

During World War II, one of the non-violent anti-Nazi resistance groups was the White Rose. The group was based in Munich and run by students. Unfortunately, less than a year after they began, the Gestapo arrested core members of the group. Three were executed only days later. Among them was 21-year old Sophie Scholl.

Those final dramatic and heartbreaking days are portrayed in the historical film Sophie Scholl: The Final Days from 2005.

Although much of Munich was destroyed during the war, many locations were rebuilt to their former designs. Among the locations in the film are Ludwig-Maximilian-Universität, Justizpalast, and the Scholl family home on Franz-Joseph-Strasse. Of the movies filmed in Munich, Sophie Scholl‘s use of actual locations offers a special poignancy.

The 2016 comedy and drama film Welcome to Germany stars Senta Berger and Heiner Lauterbach as the head of the Hartmanns. The Munich family includes their two children (portrayed by Florian David Fitz and Palina Rojinski) and is wealthy and successful. But their seemingly simple life becomes more challenging after they take in a refugee.

Buy Welcome to Germany on Amazon.

Matthias Schweighöfer stars in and directs the 2014 film hit Vaterfreuden. He’s known for his comedies and this one is no different.

In the film, Schweighöfer portrays Felix, a fun-loving bachelor living in Munich. But when he happens to be bitten by his brother’s pet ferret, he doesn’t get Spiderman-like superpowers. Oh no. Instead, he becomes sterile. The experience leaves this swinging bachelor reevaluating his life.

Vaterfreuden counts itself among the movies filmed in Munich as you will be able to spot the banks of the Isar, Olympiahalle, and BMW Welt as well as the neighborhoods of Schwabing and Haar.

While there are so many exciting things to see in Munich, the green and charming state of Bavaria has a lot to offer, too. Get a taste of small-town life with these movies filmed in Bavaria.

If you walk into any bookstore in Bavaria and look at the popular fiction, you are likely to spot a book by author Rita Falk. Since publishing Winterkartoffelknödel in 2010, her Franz Eberhofer series of local crime novels have been incredibly popular. And it’s easy to see why: they are clever, humorous, and the food-themes don’t hurt either!

With the books being so popular, it was only a matter of time before they were made into films. And the films capture all the swagger of Franz and his small-town life — and all the wild characters that inhabit it. Frontenhausen acts as a stand-in for the book’s fictional town. I highly recommend both the books and the films; of the movies filmed in Bavaria, this is undoubtedly one of my favorites and very entertaining.

(Although Winterkartoffelknödel is the first book, it’s actually the second film that was made. Dampfnudelblues was released first in 2013.)

It is hard to think of a more famous Bavarian than Ludwig II, the “fairytale king.” And perhaps his most notable legacy is Neuschwanstein. Directors Peter Sehr und Marie Noëlle bring the story of this famous man to life with the 2012 historical biopic Ludwig II. The film includes stunning locations of some of the remarkable spots Bavaria has to offer.

Filmmaker Werner Herzog has made many different kinds of films. In 1976’s Heart of Glass, he brings to life the story of Mühlhiasl, a prophet in 18th century Bavaria.

When the foreman at a glassblowing factory dies, the secret of its glass is lost. Fixated on this magical glass, the factory owner and soon the rest of the town soon descends into madness. And a local seer has some dark predictions, too.

Buy Heart of Glass on Amazon.

German cabaret artist Gerhard Polt stars in the 2013 film Und Äktschn!. The film is set and filmed in southern Bavarian locations like Freilassing and Bad Reichenhall in Berchtesgadener Land.

In the satirical film, Polt stars as a wannabe filmmaker named Hans. After he hears about a local film contest (with a cash prize), Hans decides to enter. In order to finance his project, he sells his father’s World War II memorabilia. His film, he decides, will be an artistic and independent film about the “human side” of Adolf Hitler. Naturally, the project encounters one problem after another.

You might be scratching your head when you see the following film titles. No, they were not set in southern Germany but they are movies filmed in Munich the surrounding region. If you watch any of these classic films and take a look at the background, you may see some familiar spots. The Bavarian countryside is a popular filming location with its sprawling meadows, charming homes, and the towering Alps not far away. And who can forget the castles?

Munich and Bavaria have their fingerprints all over the 1971 film Willy Wonka & the Chocolate Factory. Exterior shots were used throughout Munich to depict Charlie’s house, his school, and the candy shop. But perhaps the most impressive shot of Bavaria is at the film’s end. The glass Wonkavator offers stunning views of Nördlingen as it rockets into space.

People often remark that Munich is Italy’s northernmost city. But according to director Alain Resnais, it can pass for the Czech Republic, too. In the 1961 film Last Year at Marienbad, Munich’s palaces are featured prominently. Schloss Nymphenburg and Schloss Schleissheim along with the impressive Antiquarium of the Residenz all serve as filming locations. The gardens of Nymphenburg are particularly recognizable to anyone who has had the good fortune to stroll along the waterways and greenery.

Dick Van Dyke and his whimsical flying car dominate this family film full of music, fun, and eccentricity. While much of the film was shot in England, a few Bavarian spots may look familiar. Neuschwanstein Castle, perhaps one of the world’s most famous castles, serves as the exterior for Baron Bomburt’s own castle. Elsewhere, the ever-popular small Bavarian town of Rothenburg ob der Tauber portrays the Vulgarian village.